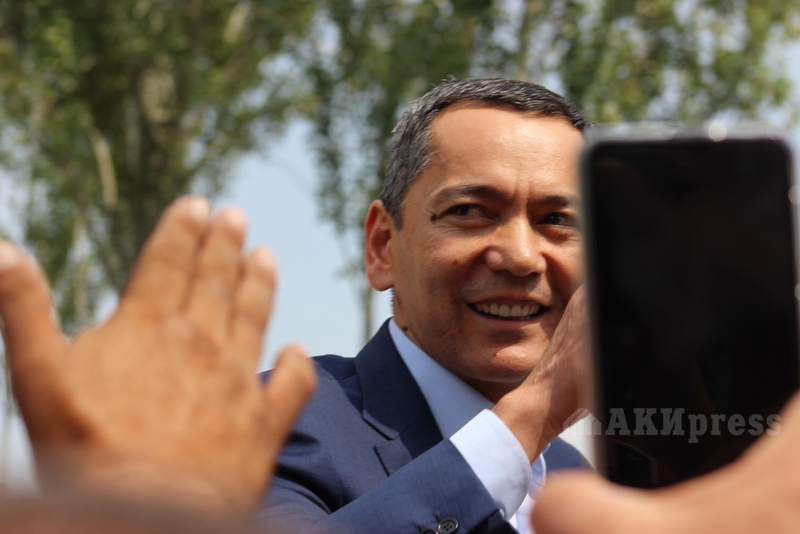 His supporters greeted him at the Manas airport on August 9.

Babanov said he is ready to give a press conference.

Omurbek Babanov will be held liable in line with the law upon return to Kyrgyzstan, the State National Security Committee said a day before. Though sources from the GKNB said Babanov will not be detained today.

The National Security Committee said it is investigating 2 criminal cases into his speech in Osh, plotting violent seizure of power and mass disorders. In the first case he is accused of making ungrounded and provocative statements citing ethnic hatred. The second case was suspended. The investigation of the first case is ongoing.

Omurbek Babanov earlier announced his plan to return to Kyrgyzstan. His arrival came a day after ex-President of Kyrgyzstan Almazbek Atambayev was detained by police and charged with corruption after storming of his house in Koi-Tash injuring dozens and killing 1 law enforcement officer.

Babanov fled Kyrgyzstan following the presidential election in late 2017.  He was a runner-up in that election.