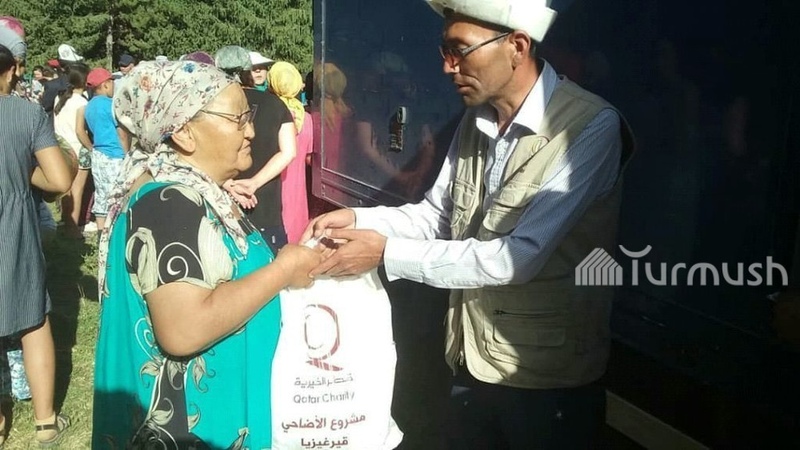 AKIPRESS.COM - 200 sheep were slaughtered for charity to needy families in honor of the Kurman Ait (Eid al-Adha) holiday in the Issyk-Kul region, said the head of one of the chary funds Tynybek Zundunov.

“200 sheep allocated by the Qatar charity organization were cut in the Karakol slaughterhouse due to Kurman Ait. 800 families received 5 kg of meat each.