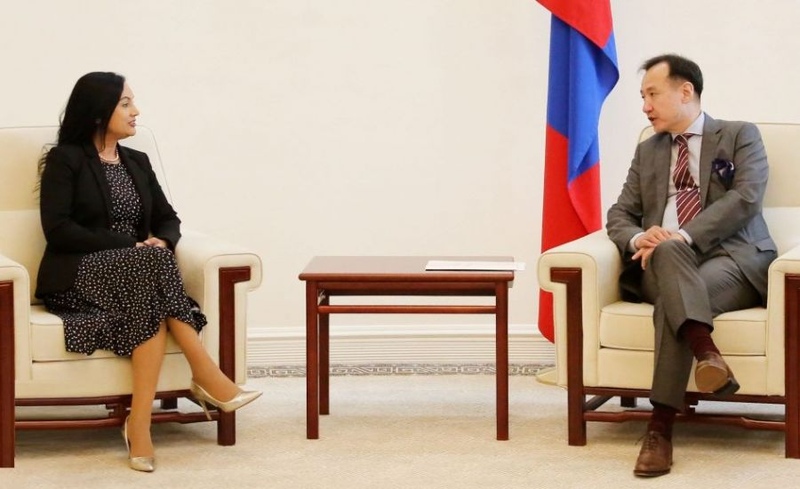 
Emphasizing the country’s valuable contributions to Mongolia's transition to democracy and a market economy and to coping with problems arose during the transition process, Foreign Minister D.Tsogtbaatar voiced his views on bilateral relations, including trade and economic issues.

It was also noted that approval of the Mongolia Third Neighbor Trade Act is greatly significant for Mongolia diversifying its economy, increasing export volume, and developing its processing industry. The Foreign Minister then underlined the importance of U.S. being a key trade partner and a major investor to Mongolia, while mentioning the announcement made during a visit of President of Mongolia Kh.Battulga to U.S. about relations between the two countries being elevated to strategic partnership.