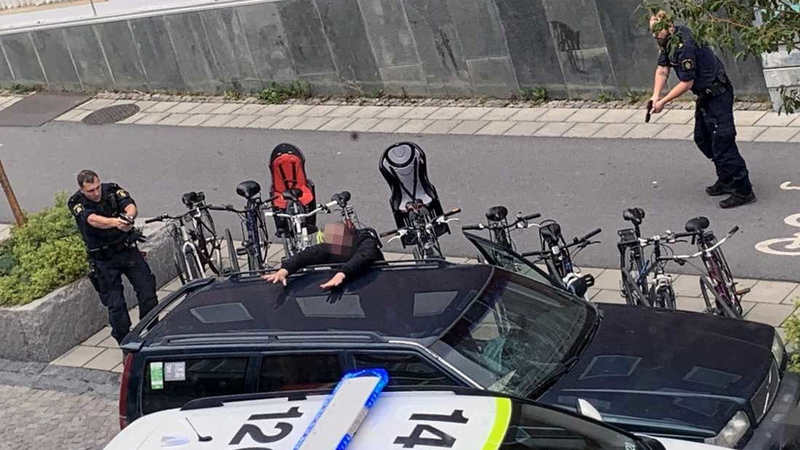 AKIPRESS.COM - Police have detained a man in central Sweden on suspicion of conspiracy to commit “a terrorist crime”, Reuters reported citing the Prosecution Authority.


Swedish Radio said the man was from Uzbekistan and the daily Aftonbladet, citing unnamed sources, said police were checking possible links between the suspect and Rakhmat Akilov, an Uzbek Islamist militant convicted of killing five people with a stolen truck in Stockholm in 2017.

In a statement, the Prosecution Authority said the man was stopped on Wednesday while driving in the city of Ostersund and detained due to probable cause of conspiracy to commit murder.

Based on findings from a search of his car, however, the case was turned over to the security police and re-designated as conspiracy to commit “a terrorist crime”.

Akilov, now serving life in prison, said during his trial that he wanted revenge on Sweden for its support in the fight against the Islamic State in Syria and Iraq.

A Security Police spokesman declined to comment on the suspect’s nationality with the investigation at a preliminary stage, but said there was no reason to suspect any attacks were imminent. “Had there been any threat or reason to increase vigilance, we would have said so,” the spokesman said.

“We are continuing with our preliminary investigation. We are conducting further questioning and reviewing the findings made in connection with the arrest,” he added.