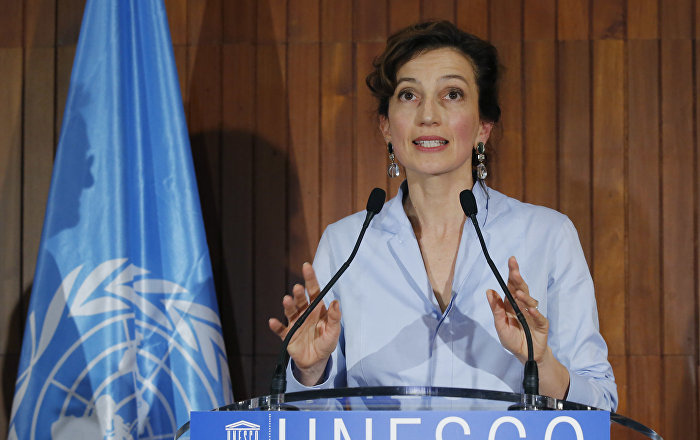 AKIPRESS.COM - Audrey Azoulay, the Director-General of UNESCO, will undertake an official visit to Uzbekistan to take part in the International Conference on the Preservation of Tangible and Intangible Cultural Heritage, alongside Uzbekistan’s President Shavkat Mirziyoyev, on 26 August.

A significant number of culture and tourism ministers from across the region and beyond are also expected to participate, the UNESCO said.

At a time when increasing mass tourism, urbanization and environmental crises are placing added pressures on many sites, the Director-General will underline the critical role for all countries in safeguarding the world’s cultural heritage, based upon the World Heritage Convention, the most important global instrument for the protection of tangible heritage.

She will also emphasize the need to better integrate existing tools for all forms of heritage, including intangible, natural and documentary heritage.

UNESCO is currently reinforcing its cooperation with Uzbekistan, a key partner in the region, especially on issues related to the reform of the education system, freedom of expression and the safety of journalists, water management and the preservation of heritage. UNESCO and Uzbekistan adopted and signed a joint programmatic action plan for 2018-2021 during President Mirziyoyev’s visit to UNESCO on 8 October 2018, the first visit by a President of Uzbekistan in 20 years.

During her visit, the Director-General will meet with President Mirziyoyev, including to discuss strengthening the country’s policies and capacities for the rehabilitation of the country’s rich cultural heritage.

She will also open the Sharq Taronalari International Music Festival, and visit the UNESCO World Heritage sites of Samarkand – Crossroad of Cultures, inscribed in 2001, and the Historic Centre of Bukhara, inscribed in 1993.