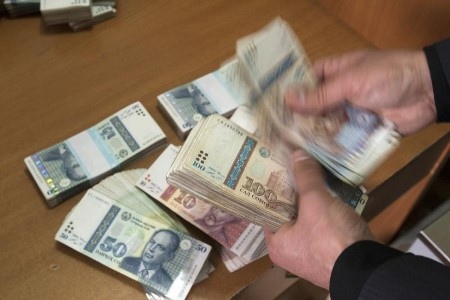 AKIPRESS.COM - The official rate of the Tajik somoni fell 2.7% against the dollar on Tuesday, the biggest adjustment in more than two years which the central bank said was due to pressure from the market, Nasdaq reports.


Tajikistan's economy depends heavily on remittances from migrant laborers working in Russia, making it sensitive to the movements of the Russian rouble which hit a six-month low on Monday.

Tajikistan's central bank set the official somoni rate at 9.70 per dollar on Tuesday, down from 9.44 a day earlier.