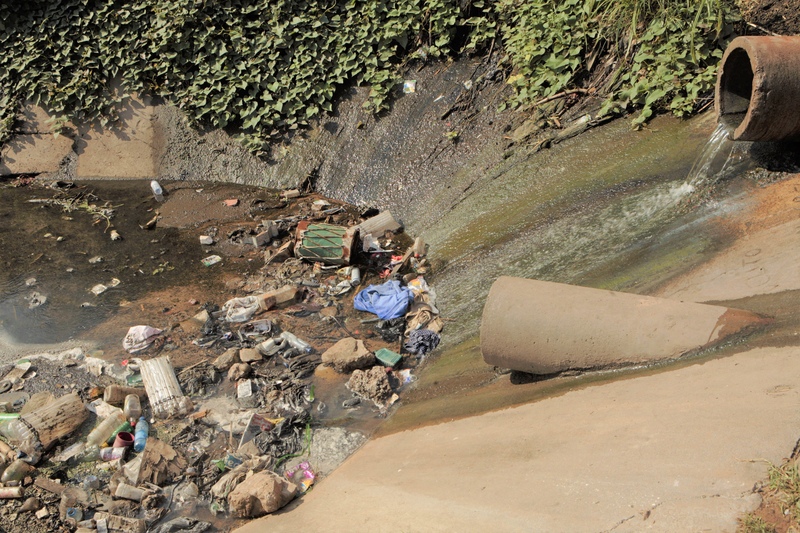 AKIPRESS.COM - The World Bank says the world is facing a water quality crisis that is eliminating a third of potential economic growth in heavily polluted areas, while also threatening human and environmental wellbeing.

In a report, titled ‘Quality Unknown: The Invisible Water Crisis’, published on Tuesday, the World Bank highlighted how a combination of bacteria, sewage, chemicals and plastics could suck oxygen from water supplies and transform water into poison for people and ecosystems.

In compiling the report, World Bank assembled the world’s largest database on water quality, with data gathered from monitoring stations, as well as through the use of remote sensing technology and machine learning.

“When biological oxygen demand – a measure of how much organic pollution is in water and a proxy measure of overall water quality – crosses a certain threshold, then gross domestic product in downstream regions drops by as much as a third, owing to impacts on health, agriculture and ecosystems,” explained World Bank group president David Malpass.

He said nitrogen – which, applied as fertiliser in agriculture, eventually entered rivers, lakes and oceans where it transformed into nitrates – was a key contributor to poor water quality.

The report stated that early exposure of children to nitrates affected their growth and brain development, impacting on their health and adult earning potential. The run-off and release into water from every additional kilogram of nitrogen fertiliser per hectare could increase the level of childhood stunting by as much as 19% and reduce future adult earnings by as much as 2%, compared with those who were not exposed, the report pointed out.

Nearly all forms of production create pollution as a by-product. Because water is needed for life, health and economic production, the impurities generated by upstream polluters may affect downstream users.

“With the understanding that eliminating all water pollution is too costly and infeasible, regulators and policy makers must make decisions about the appropriate level of water pollution,” the report said, adding that this called for weighing the benefits from the polluting activity against the costs of pollution.

The World Bank further explained that nearly all growth generated some by-product and that by-product was often discharged into waterways or soils, which eventually found its way into larger rivers.

The World Bank said new technologies could be harnessed to improve enforcement in circumstances where policy implementation deficits were prominent.

For example, smart contracts, which have rules written in computer code that are embedded in a blockchain and automatically execute when the conditions are met, could be used to enforce payments from polluters.

The bank’s report said long-standing assumptions about wastewater treatment infrastructure also needed to change – investments had to be scaled up but also needed to become more effective.

More than 80% of the world’s wastewater, and more than 95% in some developing countries, was still released into the environment without treatment, the report pointed out.

“The clear implication is that investments need to be accompanied by appropriate incentive structures that monitor performance, penalize profligacy, and reward success. Moreover, the large gap in public sector resources suggests the need for new models that attract private investments,” the report stated.

The World Bank also recommended better land use policies and smart spatial planning, which were critical for protecting water supplies.

Forests and wetlands act as natural buffers that absorb excessive nutrients that would otherwise pollute waterways.

The report found that, globally, land extensification – from both urban expansion and agricultural land expansion – was one of the biggest threats to environmental water quality.

It sharply increased the risk of hypoxia and anoxia (dead zones), which posed a significant threat to ecosystems and human health alike.

“Land use policies that preserve critical forests, wetlands and natural biomass, particularly in the vicinity of high-value water resources, are therefore key to protecting water supplies.”