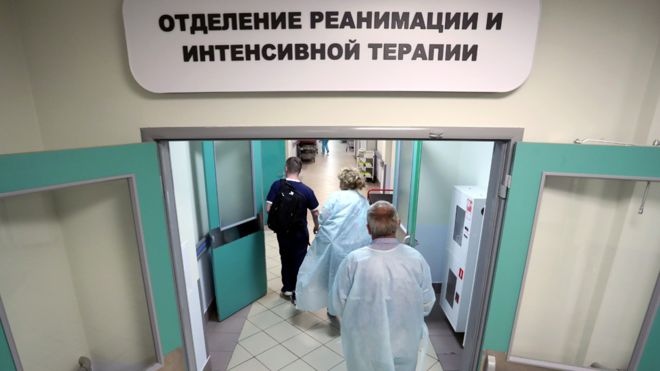 AKIPRESS.COM - Russian medics who treated radiation victims after a military explosion in the Arctic had no protection and now fear they were irradiated themselves, BBC reports.


Two of the medics in Arkhangelsk spoke to BBC Russian about the victims' evacuation, on condition of anonymity.

Five nuclear engineers died on 8 August when an "isotope-fuel" engine blew up at the Nyonoksa test range, officials said. Six other people were injured.

According to the official data, the radiation that reached Severodvinsk was not heavy enough to cause radiation sickness.

Experts in Russia and the West say the test was most likely linked to the new 9M730 Burevestnik nuclear-powered cruise missile, called "Skyfall" by Nato. Last year Mr Putin said the technology would give the missile "unlimited" range.