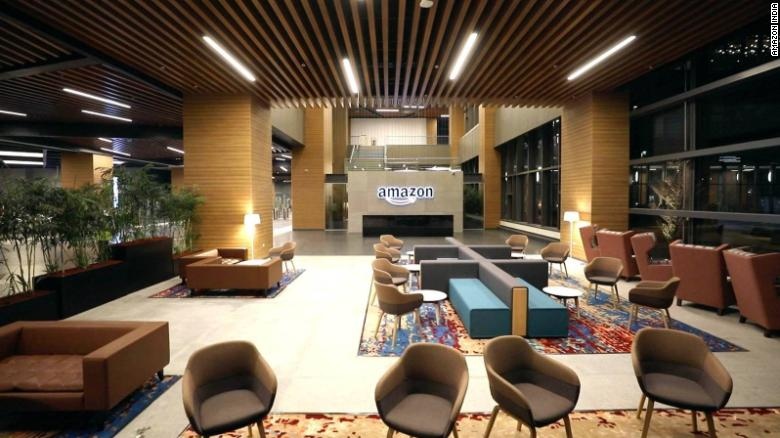 AKIPRESS.COM - Amazon just opened its biggest office building in the world in the Indian city of Hyderabad, CNN reports.

The online retail giant's new campus in the city's financial district opened on Wednesday. It covers 9.5 acres and has 1.8 million square feet of office space, making it "Amazon's single largest building in the world in terms of total area," according to the company.

The building can accommodate up to 15,000 employees, nearly a quarter of Amazon's full-time India workforce of more than 62,000. The company also has 155,000 contract workers in the country, making India its biggest base outside the United States.

The Hyderabad campus is the first office outside the United States that Amazon fully owns.

Amazon (AMZN) has poured billions of dollars into its India business in recent years. It is expanding its operations and reportedly looking for stakes in local retailers as it battles Walmart for an e-commerce market that Morgan Stanley estimates will be worth $200 billion by 2027.

The new Hyderabad campus will eventually be expanded to cover 68 acres — roughly the equivalent of 65 football fields, Amazon said. The tech city was Amazon's first point of entry into India in 2004. It is also home to other big global names, including Microsoft's  India headquarters and Ikea's first India store.