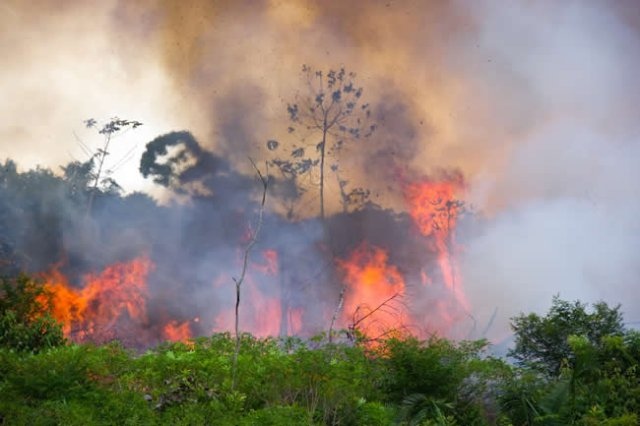 AKIPRESS.COM - French President Emmanuel Macron has said the record number of fires in the Amazon rainforest is an "international crisis" that needs to top the agenda at this weekend's G7 summit, BBC reports.


"Our house is burning," he tweeted.

He said calls to discuss the fires at the G7 summit in Biarritz, which Brazil is not participating in, evoke "a misplaced colonialist mindset".

The largest rainforest in the world, the Amazon is a vital carbon store that slows down the pace of global warming.

It produces a fifth of the world's oxygen and about 20% of its fresh water, according to the World Wide Fund for Nature (WWF).

It is also home to about three million species of plants and animals, and one million indigenous people.

Satellite data published by the National Institute for Space Research (Inpe) has shown an increase of 85% this year in fires across Brazil, most of them in the Amazon region.

Conservationists have blamed Mr Bolsonaro's government for the Amazon's plight, saying that he has encouraged loggers and farmers to clear the land.

Mr Bolsonaro has suggested that non-governmental organisations (NGOs) started the fires, but admitted he had no evidence for this claim. In comments on Thursday, he acknowledged that farmers might be involved in setting fires in the region, according to Reuters news agency.

Environmental groups have called for protests in cities across Brazil on Friday to demand action to combat the fires.