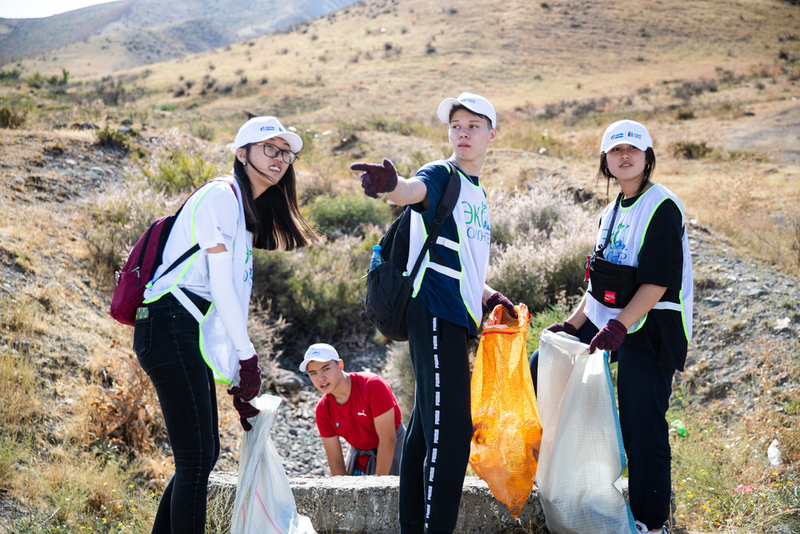 AKIPRESS.COM - The clean up campaign was held on the Tashtar-Ata Mountain outside Bishkek on August 23.

Volunteers competed in separate collection of waste and their ecological knowledge in teams.

Over a ton of waste was collected in the result. The sorted waste was shipped for recycling, unrecyclable waste was transported to landfill.