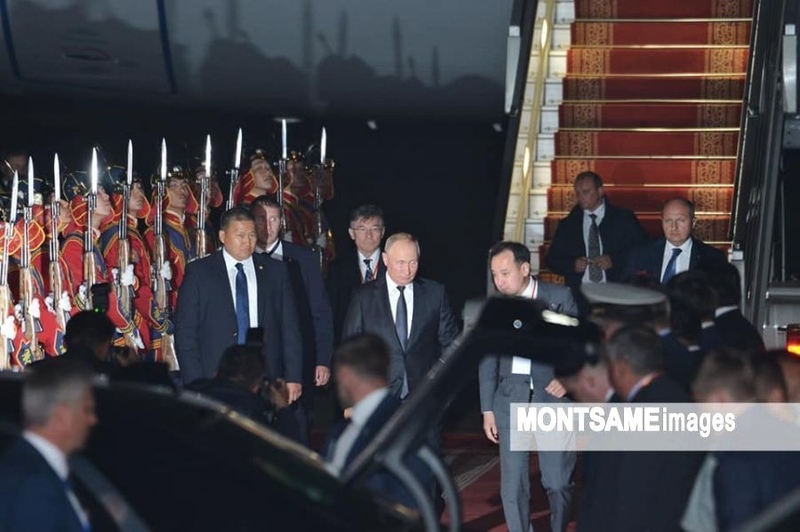 AKIPRESS.COM - President of the Russia Vladimir Putin arrived in Ulaanbaatar on the night of September 2, Montsame reported.

He is visiting Mongolia at the invitation of President of Mongolia Khaltmaagiin Battulga within the framework of the 80th anniversary of the Victory of the Khalkhiin Gol Battles. At the Chinggis Khaan airport, he was welcomed by Minister of Foreign Affairs of Mongolia D.Tsogtbaatar from the Mongolian side and Ambassador of the Russia to Mongolia I.K.Azizov from the Russian side.

Mongolian President Kh.Battulga and Russian President Vladimir Putin are set to hold official talks, exchanging views on a wide range of issues concerning the development of bilateral ties and cooperation. The two sides will also sign a renewed document between Mongolia and the Russian Federation on Friendly and Comprehensive Strategic Partnership. Following the talks, 11 agreements on bilateral cooperation of Mongolia and Russia will be signed.

The heads of state of Mongolia and Russia will also take part in a ceremony dedicated to the 80th anniversary of the joint victory of the Khalkhiin Gol Battles.