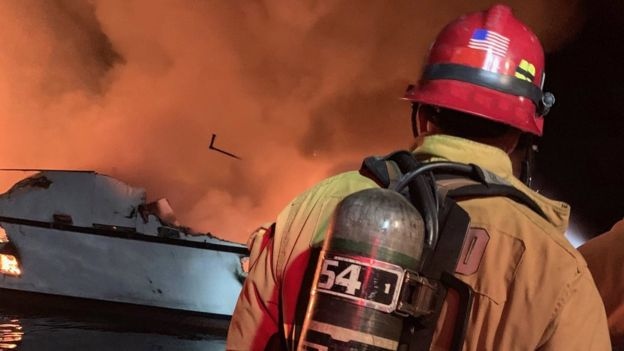 AKIPRESS.COM - Twenty-five bodies have been recovered on the ocean floor after a boat was destroyed by fire off the coast of California, the US Coast Guard says, BBC reports.

The fire started in the early hours of Monday. The boat was anchored just metres off Santa Cruz Island, about 90 miles (145km) west of Los Angeles.

The Conception - a commercial diving boat - is now submerged. The cause of the blaze is so far unknown.

At a news conference, Sheriff Bill Brown said 39 people were on board the vessel when fire broke out.