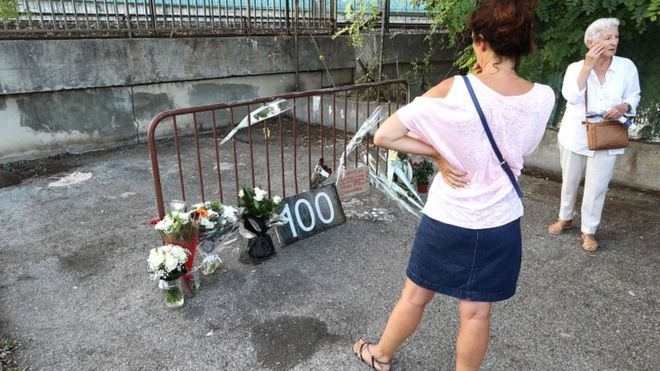 AKIPRESS.COM - The disfigured body of the young woman was found on Saturday, hidden under rubbish, branches and an old quilt, BBC reports.


A local resident passing near the train station of Cagnes-sur-Mer, southern France, thought he had seen a foot and raised the alarm.

The death of 21-year-old Salomé has been recorded as the 100th case of femicide this year.

It comes as the government announces measures to combat the killing of women related to domestic violence.

According to several neighbours, the young woman was killed by her partner during a violent attack which took place in the street at night after a row, French media report.

"She was telling him everything she thought and he did not like it," one eyewitness told local media. "He hit her, hit her against the wall, stomped on her stomach, on her head."

An investigation has been opened by the local prosecutor's office for femicide, and the women's companion has been arrested.