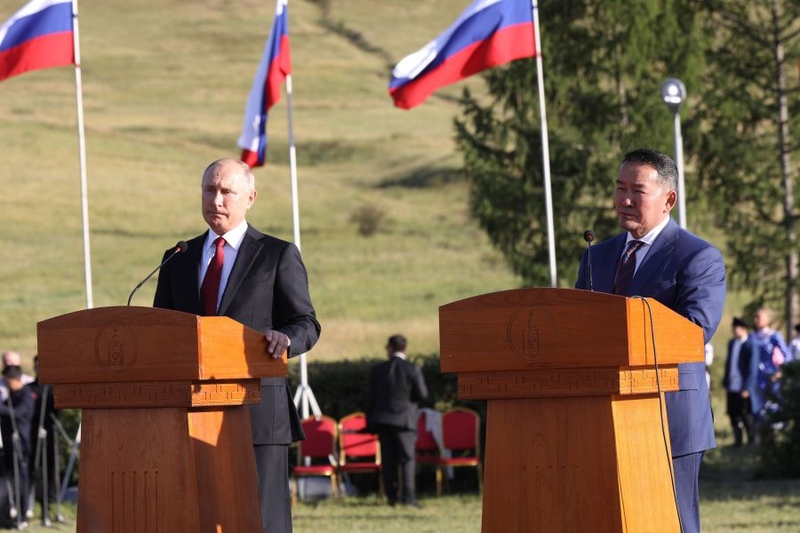 AKIPRESS.COM - During the official visit of President of Russia Vladimir Putin to Mongolia on September 3, heads of state of Mongolia and Russia took part in a reception commemorating the 80th anniversary of the Mongolian-Soviet joint victory of the Battles of Khalkhiin Gol, Montsame reported.


At the ceremony, the Mongolian President noted that numerous works are being organized in cooperation with the Russian side with a view to promote and glorify the value of the historic victory of the Mongolian and Soviet fighters in frame of the anniversary celebration these days.

“As the Khakhgol soum of Dornod aimag was a main battlefield of the Victory of the Battles of Khalkhiin Gol and a stronghold for the victory, Russian petroleum refining company Rosneft donated EUR 8 million for the redevelopment project of the Khalkhgol soum” underlined the President of Mongolia. He further informed that official talks touched upon a wide range of issues to deepen bilateral ties during the Russian president’s visit and the Mongolian-Russian relations have been raised to a new level with a Treaty on Friendly Relations and Comprehensive Strategic Partnership with an indefinite term.