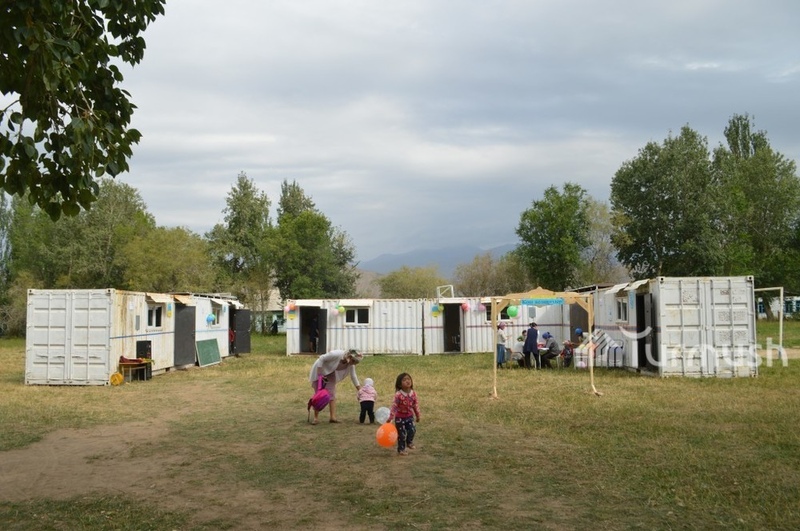 AKIPRESS.COM - After the news about opening of a container school in Naryn region appeared on Turmush regional news, people took to their social media accounts to express outrage and asked oligarchs to pay attention to the problem and help build a new school building. The thing is that Naryn is the coldest region in Kyrgyzstan where the air temperature can get as cold as minus 45°C.

The school made of containers opened in Kenesh village and was dubbed by local authorities "mobile houses," which appeared to temporarily replace an old school building because it became dangerous to be in it.

Though Deputy governor of Naryn region Jarkyn Ibrayeva said that the children will not study in containers during the winter time. She explained the situation: "For safety reasons, it was decided to temporarily relocate the children in mobile homes because old school building is in emergency condition. When it gets cold, the children will be moved to another building, which is more suitable for winter education. A new school in Kenesh village will be built soon," Ibrayeva said.

Ibrayeva said that a new school will be built in the village of Kenesh to replace the old school, which is in emergency condition.

Last year, classes in the old school building were suspended due to its poor condition. Local authorities and villagers appealed to all possible authorities to address the issue. A special commission came to the village and pledged solutions. The villagers are still waiting for them.

Before the new academic year, the Emergency Ministry delivered 6 containers which were transformed into mobile houses. The new container school is suitable for 172 children to study in two shifts, 22 teachers and 7 maintenance workers.

Meanwhile, a crowd on social media started collecting money and donating construction materials for the new school building. One of the residents is even ready to give away 50,000 bricks, another one is ready to donate cement. 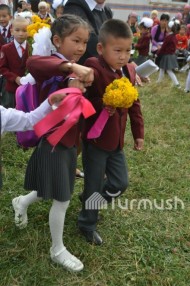