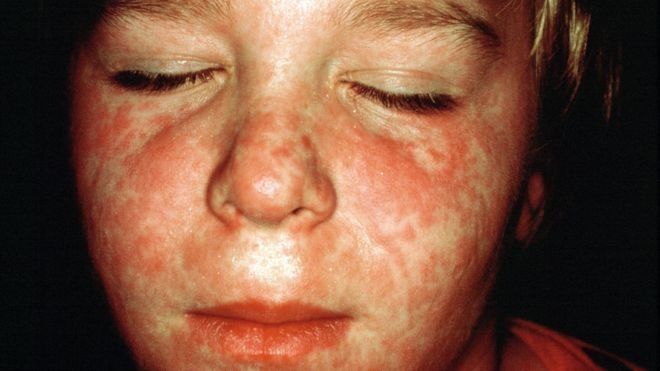 Measles is a highly contagious and potentially fatal illness that causes coughing, rashes and fever.

Although effective and safe vaccination is available, some developed countries have seen a measles resurgence in past years.

Worldwide, the number of cases has quadrupled in the first three months of 2019 compared with the same time last year, according to the World Health Organization (WHO).