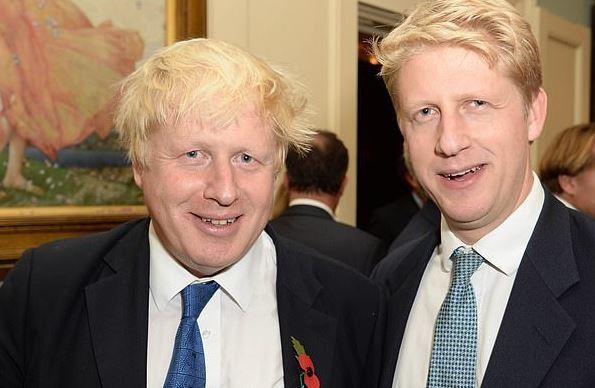 AKIPRESS.COM - Jo Johnson, the younger brother of Prime Minister Boris Johnson, is resigning as an MP and minister, saying he is "torn between family loyalty and the national interest", BBC reported.

The business minister and Tory MP for Orpington, south-east London, cited an "unresolvable tension" in his role.

Mr Johnson voted Remain in the 2016 EU membership referendum, while his brother co-led the Leave campaign.

Mr Johnson's resignation follows the removal of the Tory whip from 21 MPs this week for supporting moves to prevent a no-deal Brexit.

Our political editor tweeted that Mr Johnson was "understood to be upset about the purge of colleagues" and that the brothers were "in very different places" on Brexit.

Speaking at an event in West Yorkshire, Boris Johnson called his brother a "fantastic guy" and a "brilliant minister".

But he added that he had a "different approach to me about the European Union".

Jo Johnson resigned as a minister last year in protest at Theresa May's Brexit deal with the EU. But he re-entered government during the summer, after Conservative Party members elected his brother as leader.

Jo Johnson's resignation also comes as the government announced it would give MPs another chance to vote for an early election on Monday.

The fresh vote on an early election is scheduled just before Parliament is due to be prorogued - or suspended - from next week until 14 October.