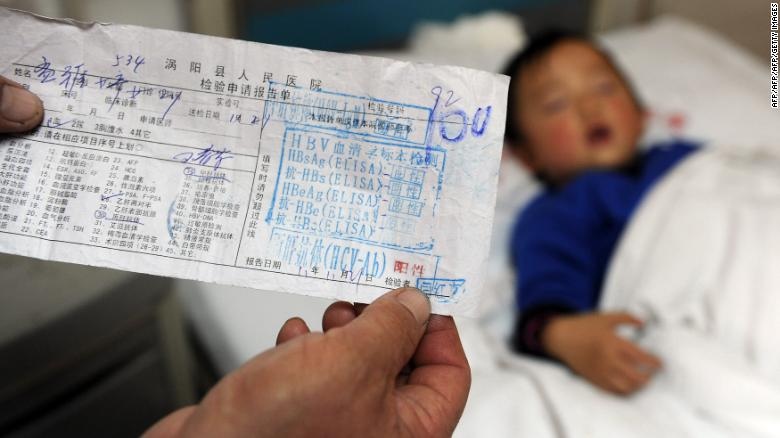 China now has the world's largest burden of hepatitis C -- an estimated 8.9 million people, or 0.6% of the overall population -- according to a WHO study released in March. Many of them will die from it: China accounts for more then half of the world's annual liver cancer fatalities caused by hepatitis C, according to the study.

The disease is commonly spread by shared needles. Consumption of crystal methamphetamine, which has snowballed in recent years in China according to the United Nations Office on Drugs and Crime and can be taken by injection or inhalation, has contributed to the growing number of new infections, according to the WHO.