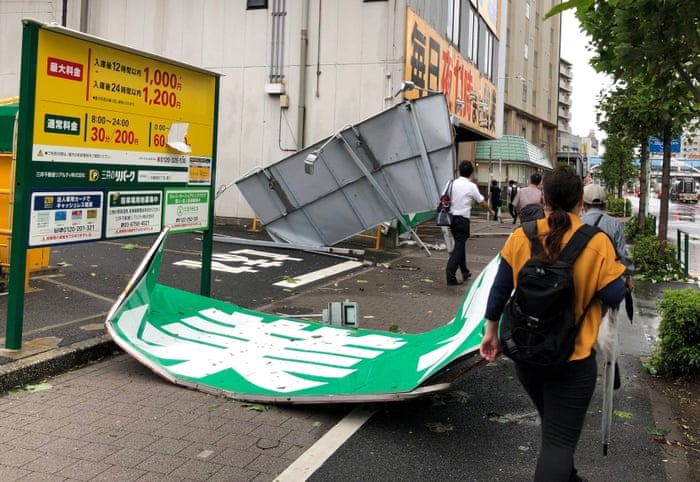 AKIPRESS.COM - A powerful typhoon with record-breaking winds and heavy rain has battered the Tokyo region, sparking evacuation warnings for tens of thousands and causing widespread blackouts and transport disruption, the Guardian reported.


Government spokesman Yoshihide Suga told reporters that he had received a report of one death and damage caused by toppling trees and flying objects. He said some 900,000 power failures were also reported.

Typhoon Faxai was one of the most powerful typhoons to hit the Japanese capital for years, packing winds of up to 216km/h (134mph).
'We have no food or water': Hurricane Dorian survivors feel abandoned
Read more

Faxai made landfall in Chiba prefecture, just east of Tokyo, before dawn on Monday, after barrelling through Tokyo Bay.

About 5,000 people in Chiba and nearby Kanagawa prefecture were ordered to evacuate, public broadcaster NHK said on its Twitter feed.