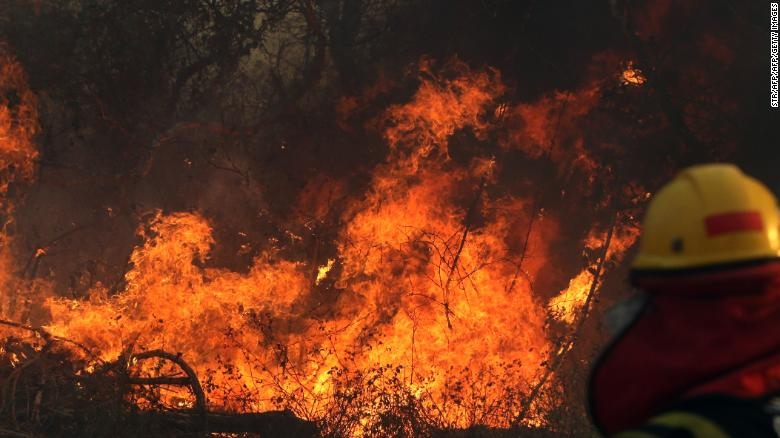 AKIPRESS.COM - It's not just the Brazilian Amazon burning -- fires in Bolivia have ravaged more than 1.7 million hectares (4.2 million acres) of land, according to Bolivian officials. That's more than double the damage from just two weeks ago, CNN reports.

Fires are leaving blackened trees and ash-covered forest floors in their wake. The website of Bolivia's Santa Cruz region described finding charred animals in its devastated lands, and others desperately searching for food and water.

The majority of fires are in protected natural areas and in forests, according to environmental secretary Cinthia Asin on Wednesday, calling for the federal government to declare a national disaster.

"We insist on a national declaration of disaster, because we are losing a great part of our biodiversity that is also a water provider," she said.

Thousands of firefighters, park rangers, state employees, and volunteers are on the front lines fighting the fires, but new fires keep starting and spreading, she said.

The Bolivian government has already hired one of the largest planes in the world, a Boeing 747 Supertanker, and a fleet of smaller ones to put out the fires in late August. There has also been international assistance -- neighboring Argentina deployed firefighters to help, Peru sent helicopters, and the United States sent tools and equipment for 2,000 firefighters to Bolivia on Thursday, according to the Santa Cruz government.