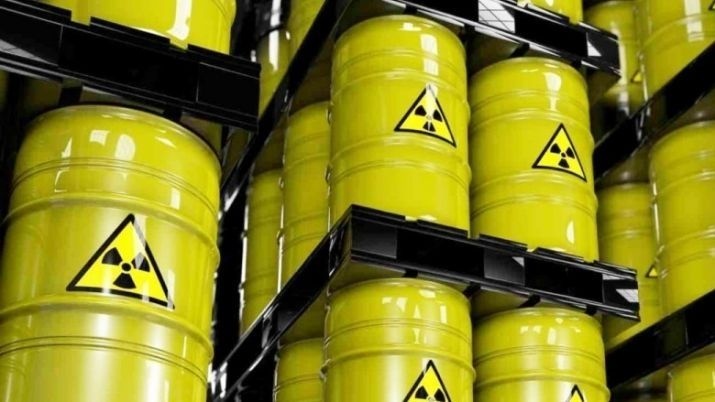 AKIPRESS.COM - Officials of Kazakhstan announced this week the government’s intent to join the European Organization for Nuclear Research (CERN) to develop the country’s nuclear research, the Caspian News reported.


“Great opportunities in the field of nuclear research are opening up for our scientists,” said Sungat Yesimkhanov, Kazakhstan’s Vice-Minister of Energy, while addressing an extended meeting held Tuesday in the country’s parliament.

“They will soon have access to an international network of the latest developments created in the laboratories of the European Organization for Nuclear Research,” he added.

According to the energy ministry, the relevant document on cooperation between the government of Kazakhstan and CERN has already received approval by Majlis, the lower house of the bicameral parliament. Officials from both sides are now one step closer to signing a contract, as they await approval from Kazakhstan’s senate and then from the country’s president.

The European Organization for Nuclear Research, known as CERN, is a European research organization that operates the largest particle physics laboratory in the world. Established in 1954, the organization is based in a northwest suburb of Geneva on the Franco-Swiss border and has 23 member states. Caspian region’s Russia has observer status, while Azerbaijan has been enjoying a cooperation agreement with CERN.

CERN's main function is to provide the particle accelerators and other infrastructure needed for high-energy physics research. Its main site hosts a large computing facility, which is primarily used to store and analyze data from experiments, as well as simulate events. Researchers need remote access to these facilities, so the lab has historically been a major wide area network hub. As of 2016, the laboratory had 2,500 scientific, technical, and administrative staff members, and hosted about 12,000 users.

Officials in Nur-Sultan believe cooperation with CERN will give a boost to the development of the Kazakh nuclear industry.

“Our Kazakhstani universities, such as Kazakhstan State University, Eurasian National University, Nuclear Research Center, and the Institute of Nuclear Physics in Almaty, will be able to participate in various studies within the framework of CERN,” said Yesimkhanov.

Kazakhstan possesses about 12 percent of the world’s recoverable uranium, with 50 known deposits and 22 uranium mines operated by the state-owned company Kazatomprom and through joint ventures. Most of the country’s uranium can be extracted by the environmentally friendly and low-cost method known as underground leaching.

Kazakhstan does not yet have its own nuclear power generation facilities, and its uranium is fully exported and sold as raw material. At the same time, the government is working to launch local production of fuel assemblies that will be used to build up the core of a power reactor.

Other nuclear projects initiated by Kazakhstan include the world’s first LEU (low-enriched uranium) bank run by the International Atomic Energy Agency (IAEA) and located at the Ulba Metallurgical Plant in Oskemen in eastern Kazakhstan. The facility, commissioned in 2017, can fit up to 90 metric tons of LEU, suitable for making fuel to feed a light-water nuclear reactor. The bank ensures deliveries of nuclear fuel to different countries in case of violation of the existing mechanisms of supplies.

The facility is expected to receive its first bunch of LEU by late 2019, according to Kazakhstan’s energy ministry.