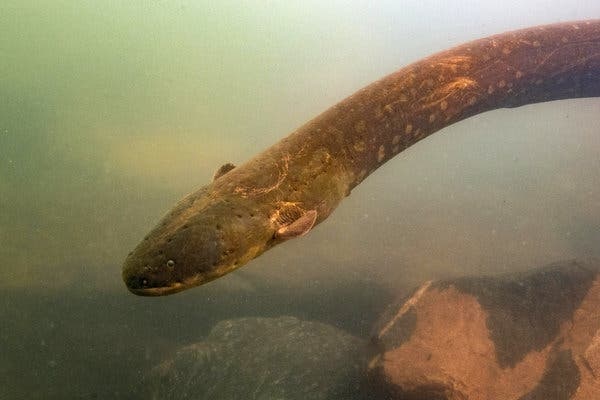 AKIPRESS.COM - DNA research has revealed two entirely new species of electric eel in the Amazon basin, including one capable of delivering a record-breaking jolt, the Guardian reports.

The findings are evidence, researchers say, of the incredible diversity in the Amazon rainforest – much of it still unknown to science – and illustrate why it is so important to protect a habitat at risk from deforestation, logging and fires.

“In spite of all human impact on the Amazon rainforest in the last 50 years, we can still discover giant fishes like the two new species of electric eels,” said lead researcher C David de Santana, a zoologist working with the Smithsonian National Museum of Natural History.

The research “indicates that an enormous amount of species are waiting to be discovered in the Amazon rainforest, many of which may harbour cures for diseases or inspire technological innovations,” he said.