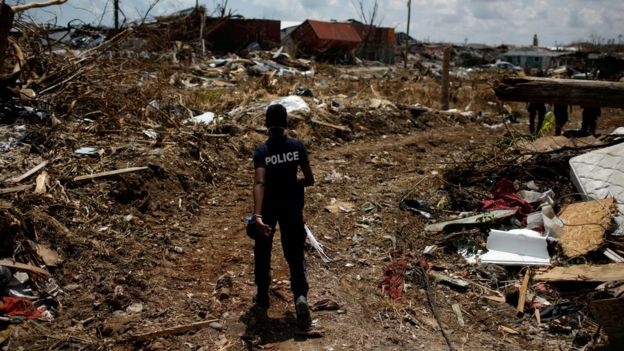 
The number is down from the 2,500 listed missing earlier this week.

The National Emergency Management Agency (Nema) said the drop in numbers came after cross-referencing names of the missing with those in shelters.

Hurricane Dorian battered the Bahamas earlier this month killing at least 50. The death toll is expected to rise as the clean-up operation continues.

Prime minister Hubert Minnis said in a televised address on Wednesday that the government was being transparent and would "provide timely information on the loss of life as it is available."

Dorian was packing sustained winds of 185mph (295km/h) when it made landfall at Elbow Cay on the Abacos on 1 September.

It equalled the highest winds ever recorded for a hurricane at landfall when it struck the Abaco Islands.

Police commissioner Anthony Ferguson said that the search for the victims was a slow process.