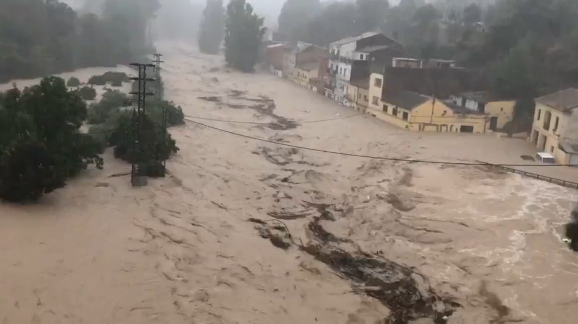 AKIPRESS.COM - At least five people have been killed and some 3,500 evacuated in two days of torrential rains in southeastern Spain, with many roads, railways and an airport closed on Friday and emergency services rescuing people stuck in flooded highway tunnels, Reuters said.

Floods swept away cars and debris in the regions of Valencia, Murcia and eastern Andalucia. Motorway tunnels in some areas were flooded almost up to the tunnel lighting, with some vehicles partly or fully submerged.

A man who had been missing since leaving his home on foot earlier on Friday was found dead in the village of Redovan in Valencia. Another was found in Granada province after his car was swept off a motorway and a third man in Almeria after trying to drive through a flooded tunnel, rescue services said.