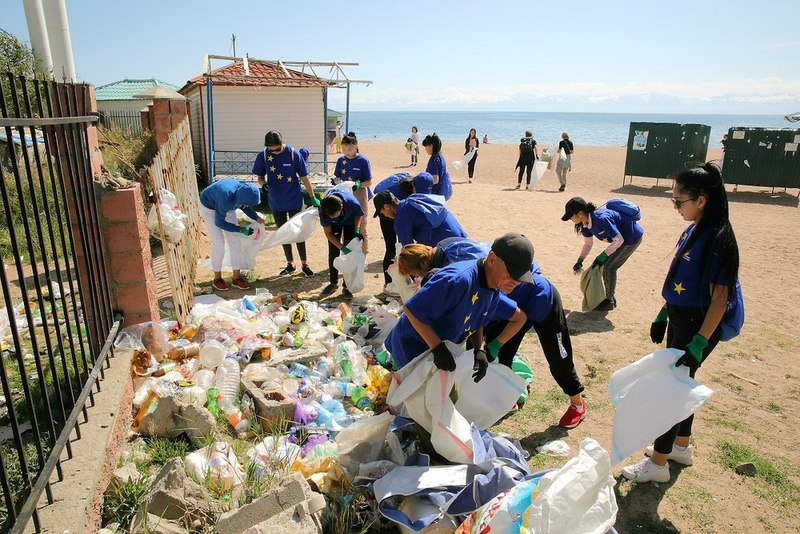 AKIPRESS.COM - Almost 6.5 tons of litter were collected during the #EUBeachCleanUp campaign in Bosteri village held by the Delegation of the European Union with support of the EcoDemi public foundation and Issyk-Kul district administration.

Plastic and glass made 2/3 of collected litter. A part of it will be recycled in Balykchy.

Around 150 people, including representatives of the EU Delegation, German and British embassies, UN agencies, volunteers from Bishkek and Issyk-Kul region partook in the clean-up.

#EUBeachCleanUp is around the world at the initiative of the European Union. Almost 3,000 people partook in the clean-up campaigns in 70 countries in 2018. This year, the campaign was held in almost 80 states. 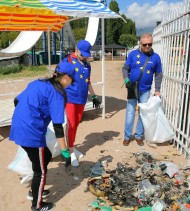