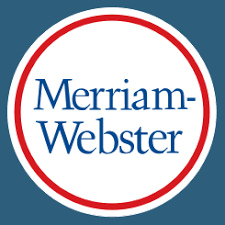 AKIPRESS.COM - "They" can officially be used as a singular, nonbinary pronoun. Merriam-Webster, the oldest dictionary publisher in America, officially recognized the usage today, when it added 533 words to its online dictionary.

The recognition of “they” as a singular, non-gender-specific pronoun comes as its usage grows in popularity, especially among people who identify as neither male nor female. However, these adoptees frequently face critics who claim the usage is not “grammatically correct” The Guardian reports.

Merriam-Webster wrote a pre-emptive clapback on its blog. “We will note that ‘they’ has been in consistent use as a singular pronoun since the late 1300s; that the development of singular ‘they’ mirrors the development of the singular ‘you’ from the plural ‘you’, yet we don’t complain that singular ‘you’ is ungrammatical; and that regardless of what detractors say, nearly everyone uses the singular ‘they’ in casual conversation and often in formal writing.”