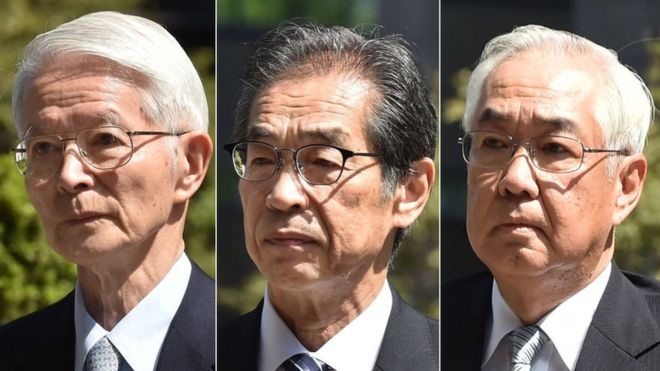 AKIPRESS.COM - More than eight years after the Fukushima nuclear disaster, a Japanese court has cleared three former executives of the firm operating the plant of professional negligence, BBC reports.


It was the only criminal case to arise out of the disaster, which was the worst since Chernobyl in 1986.

In 2011 a plant operated by Tokyo Electric Power (Tepco) was hit by a tsunami causing a triple meltdown.

More than 470,000 people were evacuated from their homes as a result.

Nearly 18,500 died or are missing from the wider disaster.

The three former executives - ex-chairman Tsunehisa Katsumata, 77, and vice-presidents Sakae Muto, 66 and Ichiro Takekuro, 71 - were indicted for failing to implement tsunami countermeasures leading to the deaths of 44 people.

Though no-one died directly in the nuclear meltdown, more than 40 hospital patients died after having to be rushed out of the evacuation zone.

Thirteen people were also injured in hydrogen explosions at the plant.