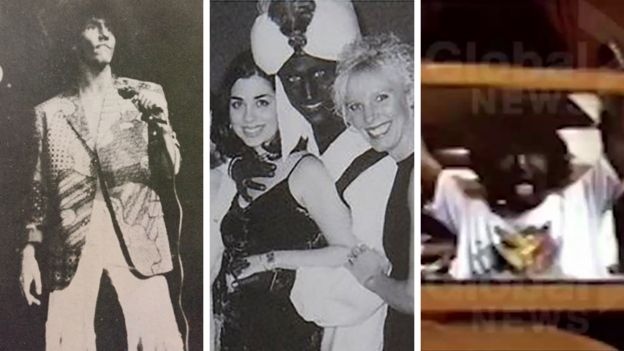 AKIPRESS.COM - Canada's PM Justin Trudeau has said he cannot remember how often he wore blackface as a younger man, as a scandal deepened ahead of an election, BBC reported.

He was speaking after more images of him wearing black make-up when he was younger emerged.

"I am wary of being definitive about this because of the recent pictures that came out, I had not remembered," he told reporters in Winnipeg.

The revelations have rattled his campaign in a tight election race.

Canadians will go to the polls on 21 October.

The images are so embarrassing for the prime minister because he has positioned himself as a champion of social justice, inclusivity and diversity.

Blackface, which was more prevalent in the past, particularly in the entertainment industry, involves white people painting their faces darker - and is widely condemned as a racist caricature.

Residents of Toronto approached by the BBC seemed fairly unfazed by controversy.

"I really don't think it's a big deal," one woman said.

But another woman was disappointed: "At the same time I recognise that many of us, especially we white people, have to take a hard look at the things we have done in our past that are racist."

One man said: "It's an awful long time ago. Maybe just look at what he does now instead of what he did when he was in his 20s."

But one Ottawa resident, when asked if she found the images offensive, said: "I do."

Mustafa Farooq, executive director of the National Council of Canadian Muslims, said: "Seeing the prime minister in brownface/blackface is deeply saddening. The wearing of blackface/brownface is reprehensible, and hearkens back to a history of racism and an Orientalist mythology which is unacceptable."

The images have brought a strong response in Canadian media.

The photos undermine perceptions of who Mr Trudeau "really is", a Canadian Broadcasting Corporation commentator says.