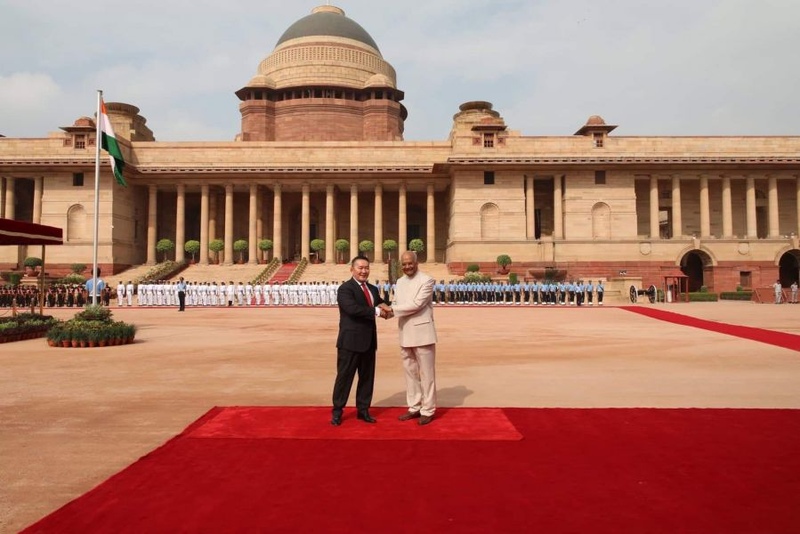 
During the welcoming ceremony, National Anthems of the two countries were played and the presidents mutually introduced their official delegation.

Afterwards, President Kh.Battulga addressed media, saying “I am so delighted with my visit to India that has a history of thousands of years and spiritual ties with Mongolia.” Mentioning numeral reciprocal high-level visits, the President emphasized that these visits are contributing to deepen bilateral economic and other sectors' cooperation.

Following the welcoming ceremony, President Kh.Battulga visited Raj Ghat memorial place for Mahatma Gandhi, where he offered floral tribute and wrote on the visitors’ book. This year marks 150th birth anniversary of Mahatma Gandhi, who was an advocate and pioneer of nonviolent social protest and led the struggle for India’s independence.

The President is being accompanied by MP and Minister of Foreign Affairs D.Tsogtbaatar, Mongolia’s Ambassador to the Republic of India G.Ganbold, MP and Minister of Road and Transport Development B.Enkh-Amgalan, head of Mongolia-India Parliamentary Group and MP B.Undarmaa and chief of Staff to the President Z.Enkhbold.