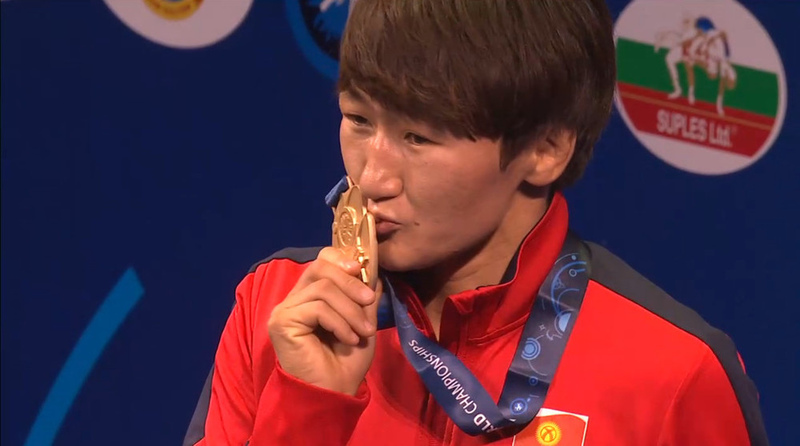 She competed in a women's 62kg wrestling tournament and started September 19. She defeated athletes from Mexico, Japan and Ukraine and reached the semi-finals, winning a license for the 2020 Tokyo Olympics.

In the semifinal bout, Tynybekova won the representative of the North Korea and reached the final.

In the decisive battle on September 20, Kyrgyzstani faced the current World and European champion Taybe Mustafa Yusein of Bulgaria and gained a victory, becoming the world champion of 2019.

As the mass media were not included in the list of permitted activities during the state of emergency in Kyrgyzstan, AKIpress apologizes to its readers for reduced promptness and coverage of news.
Related content
Aisuluu Tynybekova could not reach finals of Asian Championship for first time since 2013
Aisuluu Tynybekova wins bronze at Asian Wrestling Championships in India
Aisuluu Tynybekova retains 1st place in UWW ranking