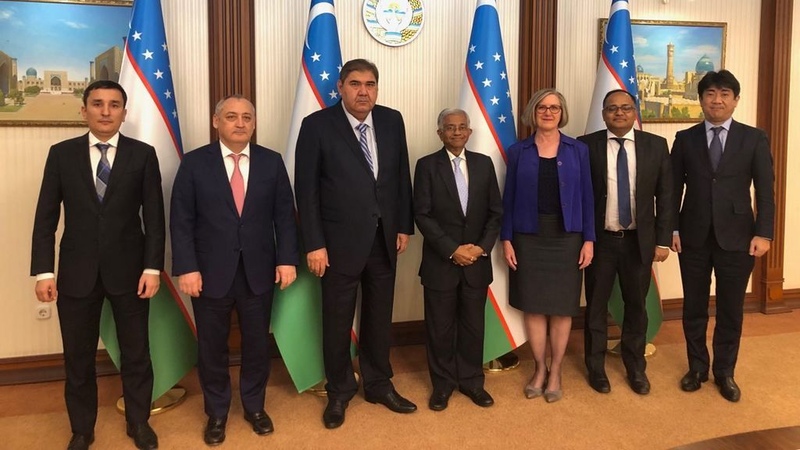 As ADB’s Vice-President responsible for its private sector operations, Mr. Gupta commended the government on its bold reforms to strengthen the country’s macroeconomic stability, while promoting better investment climate and business environment for private sector development. Mr. Gupta also congratulated the government on the significant progress made in advancing the public–private partnerships (PPP) agenda and committed ADB’s continuous support to PPP projects in various sectors of Uzbekistan’s economy.

“ADB is here to support and accompany Uzbekistan in the process of transition, be it for stimulating private investments and other sector reforms, or for driving up the uptake for renewable energy through public–private partnerships and private sector investments,” said Mr. Gupta.

During the visit, Mr. Gupta also spoke at the first Central Asia Regional Economic Cooperation (CAREC) Energy Ministers’ Dialogue and Energy Investment Forum. He underlined strong momentum for energy sector reforms in Uzbekistan, and timeliness of the events to help unlock and guide private investments in the region.

ADB is committed to achieving a prosperous, inclusive, resilient, and sustainable Asia and the Pacific, while sustaining its efforts to eradicate extreme poverty. In 2018, it made commitments of new loans and grants amounting to $21.6 billion. Established in 1966, it is owned by 68 members—49 from the region.