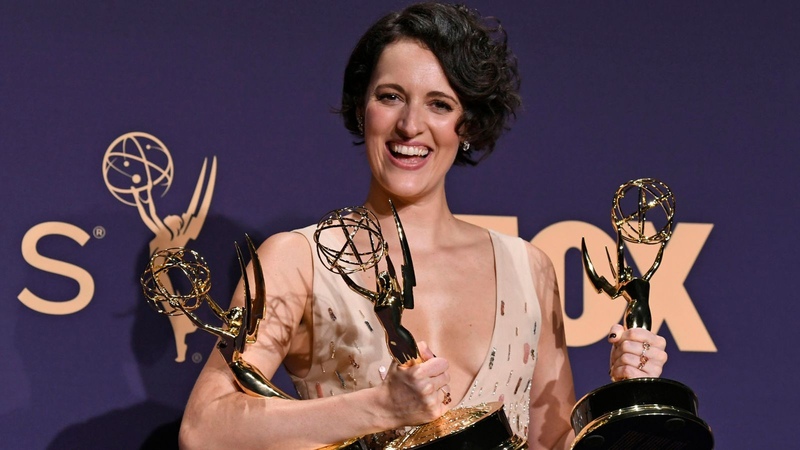 
Fleabag was named best comedy, while star Waller-Bridge picked up the gongs for lead actress and outstanding writing in the category.

Fantasy epic Game Of Thrones, which had an all-time high 32 nominations for its eighth and final series, was named outstanding drama, winning the ceremony's main award for the fourth time to go out on a high. Star Peter Dinklage also won the prize for best supporting actor for the fourth time.

Sky original drama Chernobyl, a huge hit earlier this year, was named best limited series at the ceremony, as well as winning awards for directing and writing, while other big winners included Jodie Comer and Pose star Billy Porter, who made history as the first openly gay man to win a best drama series acting Emmy.

But it was Waller-Bridge who was the unexpected star of the show, with Fleabag winning ahead of favourites including Veep and The Marvelous Mrs Maisel.

Taking to the stage in Los Angeles, Waller-Bridge thanked her "Fleabag family", paying tribute to the "incredible cast" who "brought incredible heart to this".

Waller-Bridge added it was "reassuring" that a "dirty, pervy, messed-up woman can make it to the Emmys".