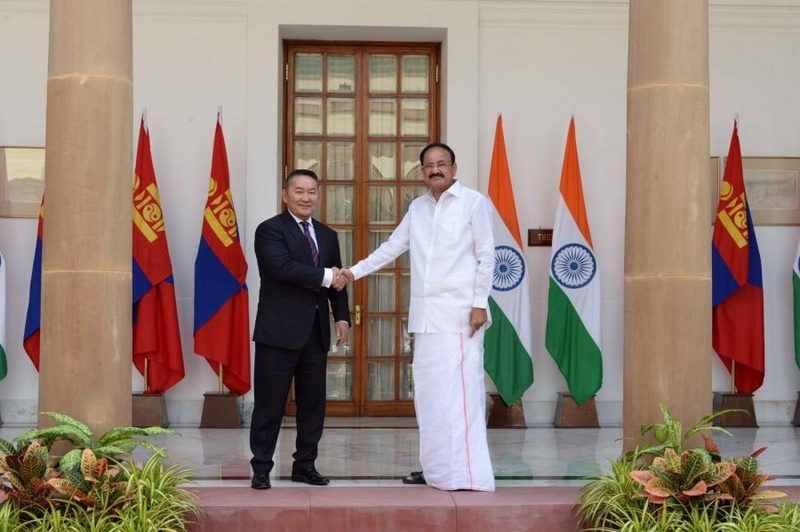 AKIPRESS.COM - During his state visit to India, President of Mongolia Khaltmaagiin Battulga met with Vice President of India and Chairman of the Rajya Sabha Muppavarapu Venkaiah Naidu and held a wide range of discussion on oil refinery project, Montsame said.

At the meeting, the Mongolian President said that he and PM Narendra Modi have come to an understanding on the issue of building railway instead of pipeline, emphasizing that the construction of railway will have multiple benefits as it will transport not only oil but also all types of goods as well as has possibility to introduce passenger transport service.

For his part, Mr. Venkaiah Naidu expressed support for the proposal and welcomed for cooperation. Subsequently, the parties exchanged views in detail on expanding education, culture and humanitarian and other relations of the two countries.

On the sideline of the visit, the President participated in the Mongolia- India Business Forum in New Delhi.

During the business forum, representatives from the governments, chambers of commerce and trade and investors who are interested in cooperating with Mongolia shared views on related matters.

President Kh.Battulga introduced about investment environment in Mongolia, its policy for business sector and possibilities of cooperation in the country.