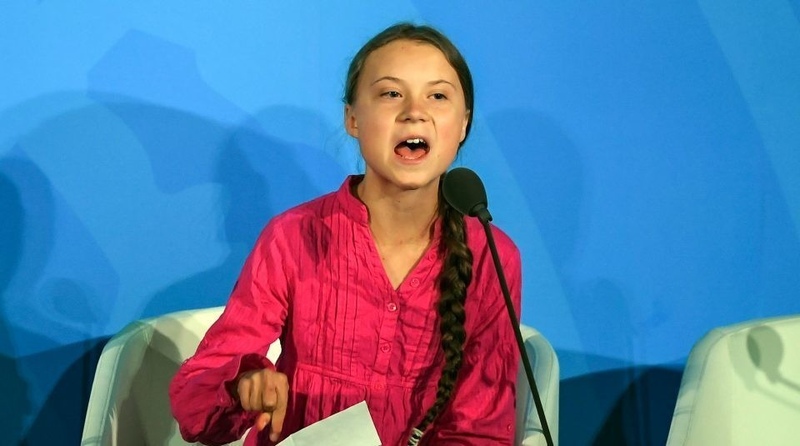 The girl accused the politicians of their failure to act to fight this environmental problem.

She demanded from politicians to urgently take measures for prevention of environmental collapse.

Thunberg sailed across the Atlantic Ocean from Plymouth, England, to attend the 2019 summit in New York. She began her voyage on Aug. 14 in a yacht equipped with solar panels and underwater turbines. The trans-Atlantic trip served as a demonstration on reducing emissions.

“This is all wrong. I shouldn’t be up here. I should be back in school on the other side of the ocean,” Thunberg told world leaders at the United Nations General Assembly. “Yet you all come to us young people for hope. How dare you? You have stolen my dreams and my childhood with your empty words,” she said.

The teenage activist was visibly emotional when addressing the extreme impacts that climate change has had on the younger generations.

“You are failing us. But the young people are starting to understand your betrayal. The eyes of all future generations are upon you. And if you choose to fail us, I say we will never forgive you”.

Thunberg previously attended and delivered a speech at the 2018 United Nations Climate Change Conference, which drew a considerable amount of attention.

For this year’s speech in New York, Thunberg shared the stage with U.N. Secretary-General Antonio Guterres, who praised the youth movement for raising environmental awareness.

She concluded her statement at the summit on Monday with a moving message. “Right here, right now is where we draw the line. The world is waking up, and change is coming whether you like it or not.”

"The eyes of all future generations are upon you. And if you choose to fail us, I say we will never forgive you."