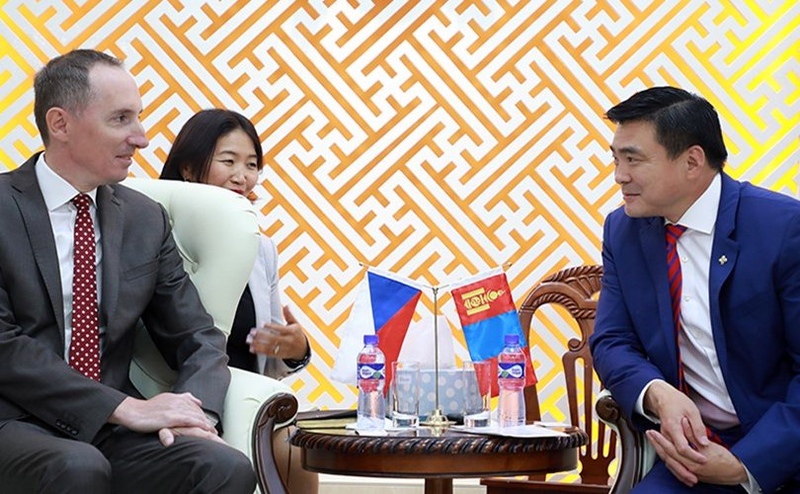 
At the meeting, the sides talked over bilateral relations and further cooperation. Czech business delegation headed by President of the Senate Mr. Jaroslav Kubera is arriving Mongolia late this month. Therefore, the Ambassador notified that the Czech Chamber of Commerce wants to get information about projects being implemented in Ulaanbaatar, which will be used for further cooperation.

For his part, the mayor asked about tramway industry of Czech and expressed readiness to cooperate with Prague in all sectors.

Next year, Mongolia and Czech Republic will mark 70th anniversary of the establishment of their diplomatic relations. In this regard, the sides exchanged views on implementing mutually beneficial projects for expansion of bilateral relations.

In the conclusion, the Czech ambassador invited Mr. Amarsaikhan to pay an official visit to Prague.