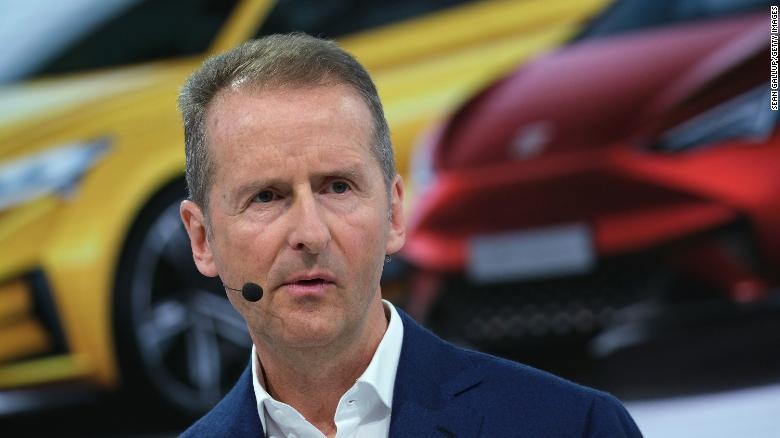 The two executives are accused of failing to disclose the huge financial risks of the diesel scandal to shareholders in a timely fashion.

New charges against Martin Winterkorn, the former CEO of Volkswagen (VLKAF), were also revealed in an indictment running to nearly 640 pages.

Under German law, top executives must inform shareholders of information that can affect stock prices — such as considerable financial risks — as soon as they become aware of them.

In a statement, prosecutors accused all three men of failing to carry out their duty to investors.

Volkswagen said in a statement that the allegations are unfounded.

The company's supervisory board said it would hold an extraordinary meeting on Wednesday, and expressed its support for Diess and Pötsch.