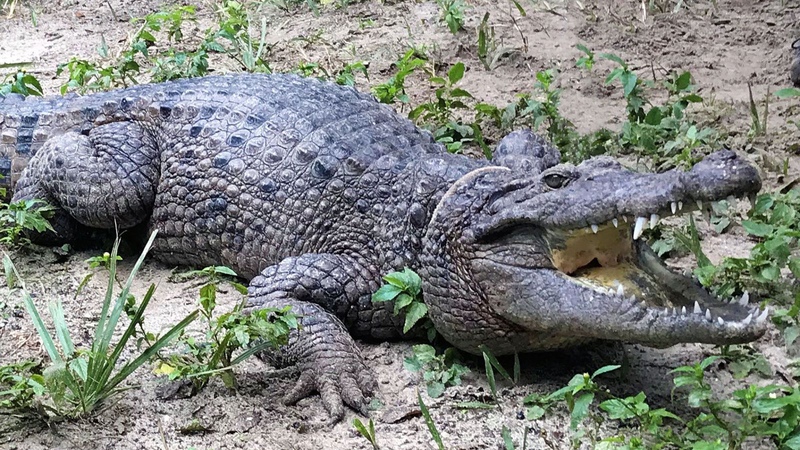 AKIPRESS.COM - Just when you thought it was safe to go back in the water, scientists have discovered a new species of crocodile, Sky News reports.


The reptile was identified from a collection of skulls at museums in the US and Australia, and cross-checked with live specimens at a zoo in Florida.

Scientists say the new species lives in New Guinea, where it has existed alongside another population of crocodiles located on the other side of a mountain ridge running across the centre of the island.

It had long been theorised that the two populations could be different species, but until now they were assumed to be the same New Guinea Crocodile, which was first identified in 1928.

Confirmation that they are indeed separate came following research started by the late scientist Philip Hall, who had spotted key differences between their nests but passed away before finalising his work.

The new crocodile - detailed in the Copeia journal - has been named Crocodylus halli to honour Mr Hall, who was a researcher at the University of Florida.

Caleb McMahan, a scientist at the Field Museum in Chicago, continued Mr Hall's work alongside Professor Chris Murray from the Southeastern Louisiana University.