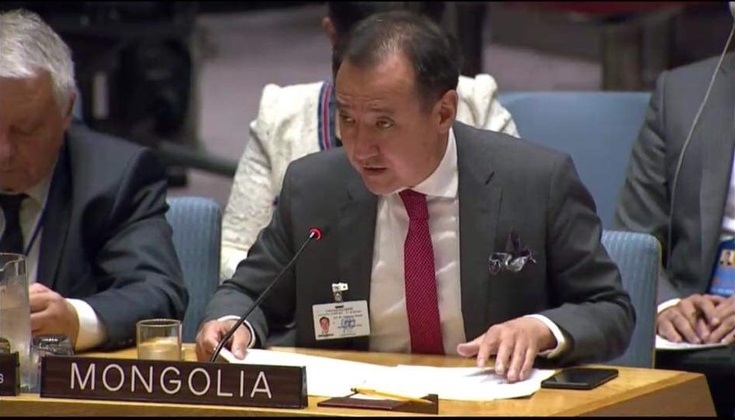 AKIPRESS.COM - Within the framework of the General Debate of the seventy-fourth session of the United Nations General Assembly, Security Council ministerial-level debate: Cooperation between the United Nations and regional and sub-regional organizations in maintaining international peace and security was held on September 25, Montsame reports.

Foreign ministers of UN Security Council's 15 permanent and nonpermanent members, Mongolia, India, Iran, Pakistan, Kazakhstan, Belarus, Azerbaijan, Tajikistan, Armenia and Afghanistan took part in the debate to express their positions on ways of building effective cooperation between the UN and regional organizations in combat against terrorism.

In his speech, Minister of Foreign Affairs of Mongolia D.Tsogtbaatar highlighted the importance of collaboration between the United Nations and regional organizations to tackle global challenges, in particular, terrorism, extremism and transnational organized crimes.