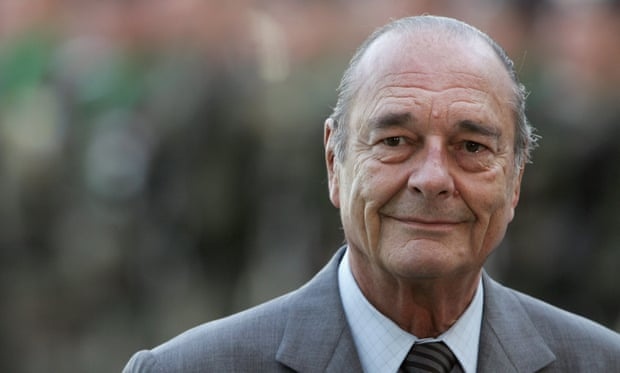 AKIPRESS.COM - The former French president Jacques Chirac, a self-styled affable rogue who had one of the longest political careers in Europe, has died aged 86, The Guardianreported.

For several years he had suffered from memory loss said to be linked to a form of Alzheimer’s disease or to the minor stroke that he had while in office.

Chirac, who was head of state from 1995 to 2007, boasted one of the longest continuous political careers in Europe – twice president, twice prime minister and 18 years as mayor of Paris.

Although his time as president was marked by inaction and political stagnation, and despite having left France just as divided and struggling with mounting debt, inequalities and unemployment as he had found it, his debonair persona meant that in retirement he was embraced as one of France’s favourite politicians.

Chirac will be remembered internationally for leading France’s strong opposition to the US-led invasion of Iraq in 2003, when approval ratings for his anti-war stance in France soared to 90%. “War is always a last resort. It is always proof of failure. It is always the worst of solutions, because it brings death and misery,” he said a week before the US-led coalition forces invaded Iraq. He warned that any occupation of Iraq would prove a “nightmare”.