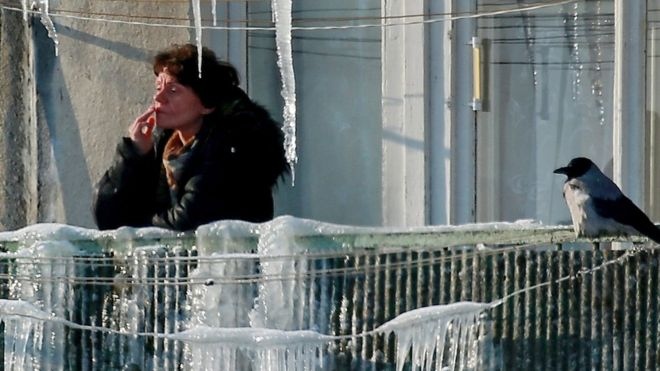 AKIPRESS.COM - Russian smokers have been left gasping after the emergencies ministry announced that smoking on the balconies of apartment blocks would be banned under new fire regulations, BBC reports.


Under the new rules, "open fire" is prohibited on apartment balconies, as well as in the living areas of dormitories and hotels.

Lighting matches and smoking are both classed as open fire, officials say.

There was initial confusion as to whether smoking was included in the ban, with one tobacco industry official insisting that the new rules were all about "alcoholics who grill shish kebabs on the balcony".

But ministry officials later confirmed that smoking would be prohibited. Breaking the new fire safety rules could prompt a fine of up to 3,000 roubles (£38; €42; $47), while leaving a lighted cigarette that causes a fire could prompt criminal charges.