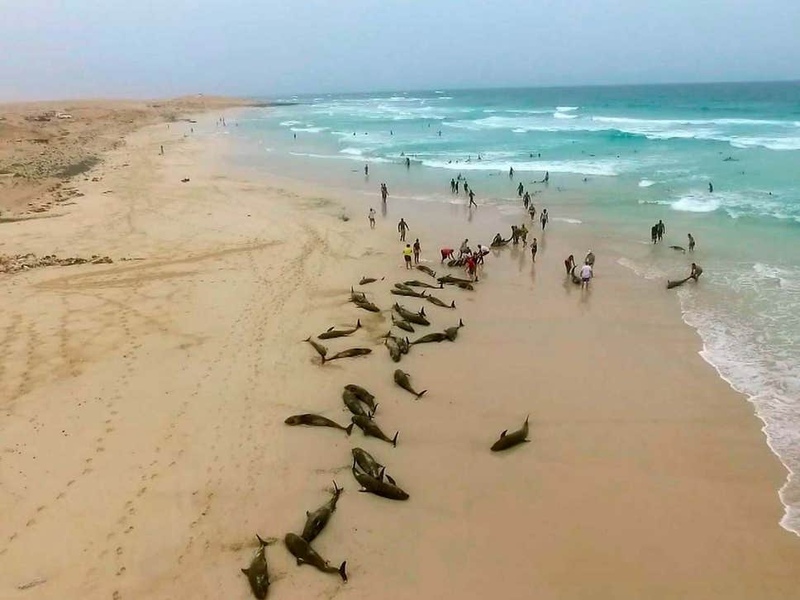 AKIPRESS.COM - More than 130 dolphins have died after a mysterious mass stranding on a west African beach, Independent reports.


About 200 melon-headed whales – mid-sized dolphins – were found on a beach at the Cape Verde Islands.

Officials, residents and tourists managed to drag some of the animals back out to sea, but many returned.

Shortly afterwards, off the US east coast, about 26 pilot whales beached themselves on an island off Georgia, leaving 15 dead. It was the species’ second mass stranding along the state’s coast since July.

Vets from Spain are preparing to travel to Boa Vista Island off west Africa to carry out tests to investigate why the animals died.

A volunteer environmental group in the former Portuguese colony said it took samples from 50 dolphins, and that the local council placed four others in a deep freeze.