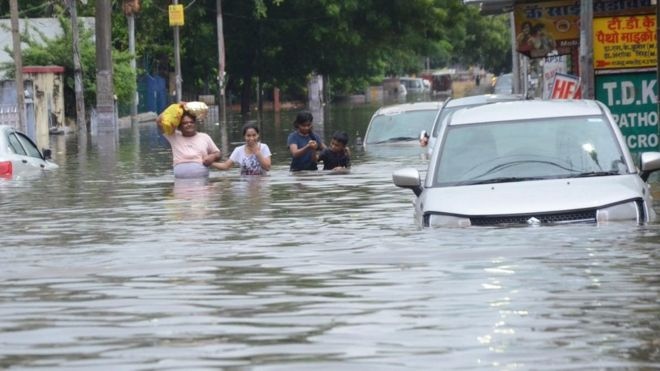 AKIPRESS.COM - More than 100 people have died due to flooding caused by heavy rains in the Indian states of Uttar Pradesh and Bihar, officials have said, BBC reports.


Dramatic images of the impact of flood water on urban life have been coming out of the affected areas.

he death toll in Bihar is 29, according to the state disaster management authority. The impact on its main city, Patna, has been grabbing headlines.

People are navigating the main roads - which are dotted with abandoned and partially submerged vehicles - by boat.

The city has been deluged with rain since Friday, submerging many residential areas.