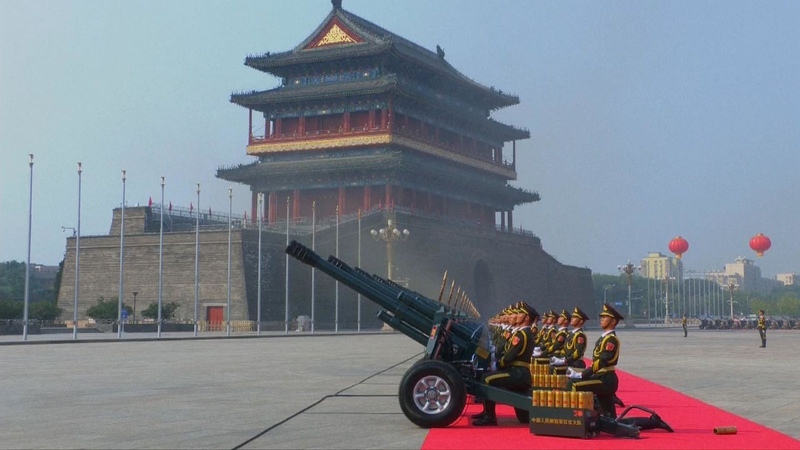 The troops shouted back "Hello chairman" and turned their heads in unison to watch the president.

Marching troops, a military band and a military gun salute were deployed as President Xi addressed a crowd of thousands following a flag-raising ceremony at Tiananmen Square.

The square was only open to invited guests but the president's speech was broadcast live across the country.

China's ruling Communist Party organised the grand parade to showcase the country's military capabilities and mark the anniversary of the founding of the People's Republic of China.

A new hypersonic ballistic nuclear missile - believed to be capable of breaching anti-missile shields - was among the weapons displayed during the event.