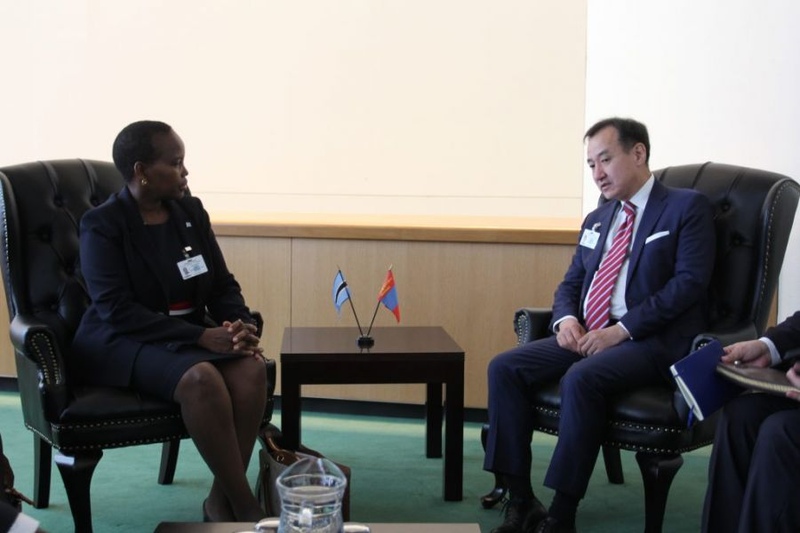 At the meeting, Foreign minister D.Tsogtbaatar put in a request to promptly address the issue of establishing diplomatic relations between Mongolia and Botswana and Ms. Unity Dow expressed her support to favorably resolve the matter.