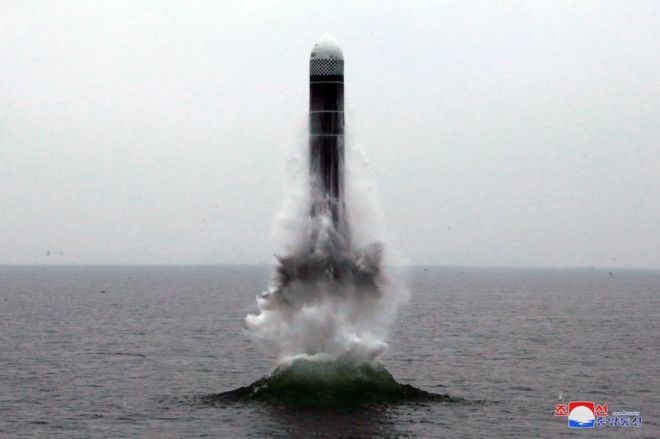 AKIPRESS.COM - North Korea has confirmed it test-fired a new type of a ballistic missile, a significant escalation from the short-range tests it has conducted since May, BBC reports.


The missile - which was able to carry a nuclear weapon - was the North's 11th test this year.

But this one, fired from a platform at sea, was capable of being launched from a submarine.

Being submarine-capable is important as it means North Korea could launch missiles far outside its territory.

According to South Korean officials, the missile flew about 450km (280 miles) and reached an altitude of 910km before landing in the sea.

That means the missile flew twice as high as the International Space Station, but previous North Korean tests have gone higher.

It came down in the Sea of Japan, also known in South Korea as the East Sea. Japan said it landed in its exclusive economic zone - a band of 200km around Japanese territory.

The test came hours after North Korea said nuclear talks with the US would resume.