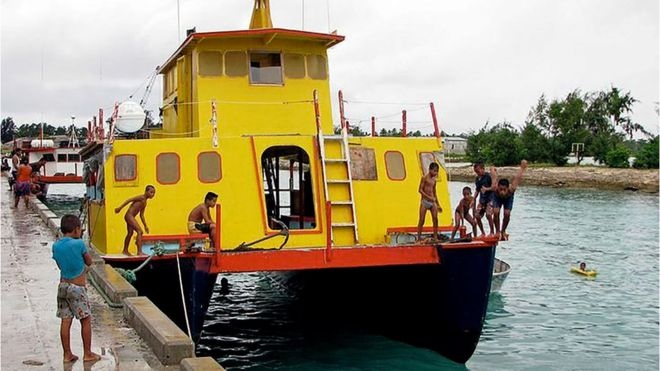 AKIPRESS.COM - A ferry that sank off the Pacific nation of Kiribati - killing 95 people - was overloaded, had a drunken crew, and was not allowed to carry passengers at sea, an inquiry has found.

Of the 102 people aboard the MV Butiraoi last year, only five passengers and two crew survived, BBC reported.

After the boat sank, it was eight days before the alarm was raised, and most victims died at sea from hunger, dehydration and hypothermia.

One woman died while giving birth.

The 17m (57ft) catamaran departed Nonouti island on 18 January last year for a routine two-day trip to the capital, Tarawa. It was due to cover 260km (160 miles) of Pacific waters in the archipelago country.

But it set off without notifying authorities, and did not issue a distress signal when it began to fall apart hours after leaving shore.

It did not have a working or activated radio beacon - meaning it was days before anyone realised the ferry was missing.