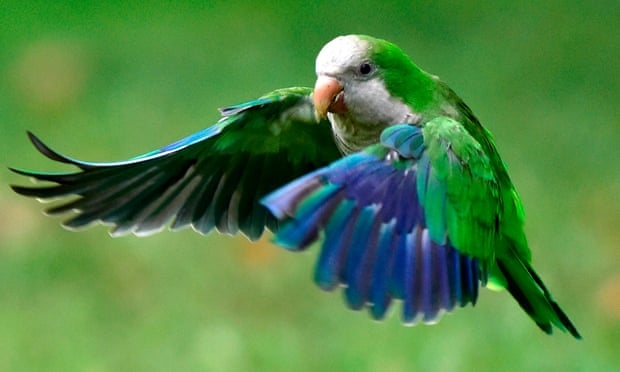 AKIPRESS.COM - Madrid’s city council has announced plans to reduce the number of parakeets after a recent survey showed the population had grown from 9,000 birds three years ago to 12,000 today. In 2005, there were only 1,700 of them in Madrid, The Guardian reports.

Although the birds are native to Argentina, many were imported as pets before ownership was outlawed eight years ago.

The city council says the swelling population needs to be brought down as the parakeets are competing with other species for food and damaging the environment by stripping vegetation to build their huge stick nests.It also says they pose a public health risk as they can pass illnesses such as psittacosis (parrot fever), avian flu and salmonella on to humans.

And then there is the size of their nests. “As time goes on and they get bigger, these nests can become dangerous and weigh up to 200kg,” the council said in a statement. “That represents a threat to the branches that support them and also to the people on whom they could fall.”

The city authorities are working with the Spanish Ornithological Society, SEO Birdlife, and will begin “humane slaughter” and egg sterilisation over the coming months.