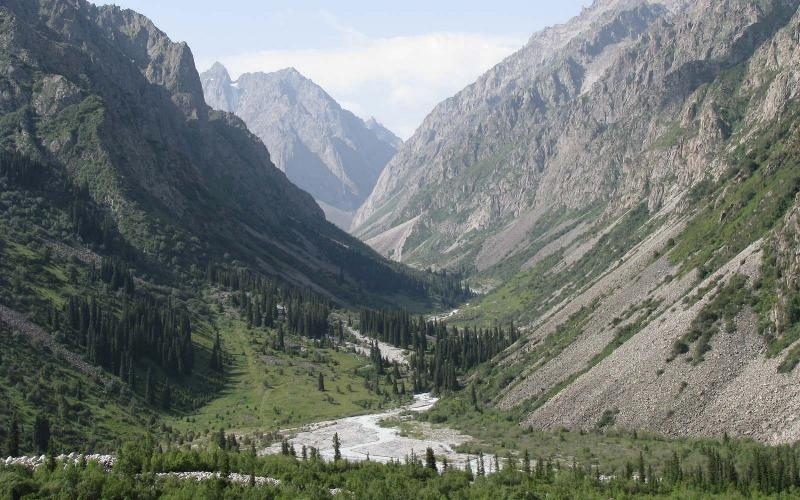 AKIPRESS.COM - A pilot system of entrance has been installed in Ala-Archa National Park this September, Director of the Park Marat Kasymbayev told reporters.

The automated system excludes a human factor, he said.

"Now the system gets payment for each vehicle. Earlier entrance fees were taken from each vehicle (250 som) and from each driver and passenger (80 som). When bus with about 40 people inside, including pensioners, students and others, this might create a corruption scheme. But now a human factor is excluded," he noted.

Director General of the JSC Darbaza-Avtomatik, which installed the system, Valery Mamrega told journalists about the principle of work of the automated system.

The vehicle has to pass three auto barriers to enter the Park, according to him.

The first barrier opens automatically for all vehicles. The second barrier determines the size of the vehicle and fees: cars — 500 som, micro bus — 1,000 som, bus — 2500 som. The vehicle's driver pays either to the cashier or through the ATM terminal, which makes changes if money exceeds the fee size. After payment, the third barrier opens.

The payment is available until 12:00 am. Vehicles can enter and exit without additional payment during this period. From 00:00, the payment resumes.

The price list was approved by the anti-monopoly service, Kasymbayev said.

8.5 million som were allocated for installation of the system. These funds will be paid off within one season, Kasymbayev said.