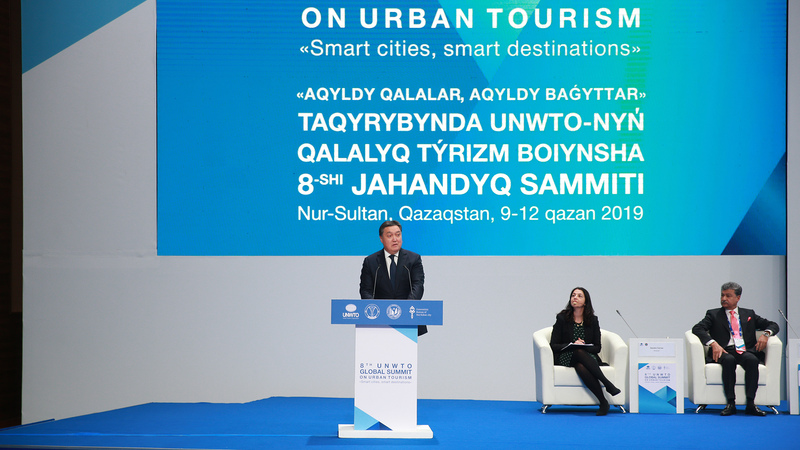 
The PM met with the Secretary General of the United Nations World Tourism Organization Zurab Pololikashvili, with whom he discussed issues of urban governance, tourism development and smart cities, the use of advanced technologies to enhance the competitiveness of Kazakhstani cities.

During the opening ceremony of the forum, Mamin noted that today tourism accounts for about 10% of global GDP, 7% of investments, 10% of jobs and 5% of all tax revenues.

The Global Urban Tourism Summit is held once a year in a city selected in accordance with the requirements of the UN World Tourism Organization.

This event will bring together about 700 people from 30 countries, tourism industry experts, the Minister of Public Works and Housing of Indonesia, the mayors of Ankara, Tallinn, Islamabad, Kazan, Tashkent, Samarkand, Tokmoka, vice-mayors of 25 cities — Malaga, Helsinki, Bangkok, etc.

The capital of Kazakhstan joined the UNWTO affiliate program in May 2018. Previously, the forum was held in large cities with a tourism development level that exceeds global indicators: Istanbul, Moscow, Barcelona, ​​Marrakesh, Luxor, Kuala Lumpur, Seoul.